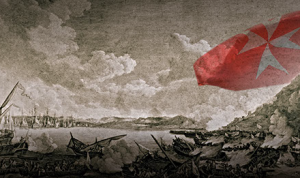 The Mediterranean Conference Centre will witness the premiere performance of a symphonic cycle about the island’s heroic defence. Voltaire famously said, “… Nothing is so well known as the Siege of Malta”. Indeed it is hard to think of another example that rivals it in terms of sheer heroism in overcoming overwhelming odds, and in term of it’s long term impact on the fate of the European Civilisation. This cycle does not attempt to do justice to the horrors and glory of the The Great Siege but rather to present a few romanticised images related to it. — Alexey Shor

Also on the programme, another magnificent piece reflecting the drama-filled pages of world history, Spartacus by Aram Khachatyrian.

This concert will be webcast live on medici.tv and is supported by the European Foundation for Support of Culture. It forms part of the 6th Malta International Music Festival taking part in Valletta between the 15th of April and 1st of May. For more information please visit: www.maltafest.eu