The Malta Film Commission will be celebrating its 90th Anniversary in style, with a concert by the Malta Philharmonic Orchestra conducted by principal conductor Brian Schembri. The concert brings to the audience a well-researched programme, including famous themes from epic movies and uncovering some of the lesser-known music, all featured in films that were shot in Malta throughout the years. 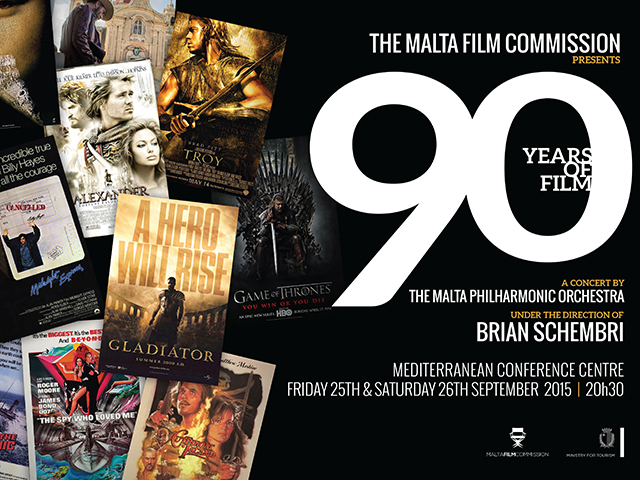